Understanding Plea Bargaining | What It’s All About 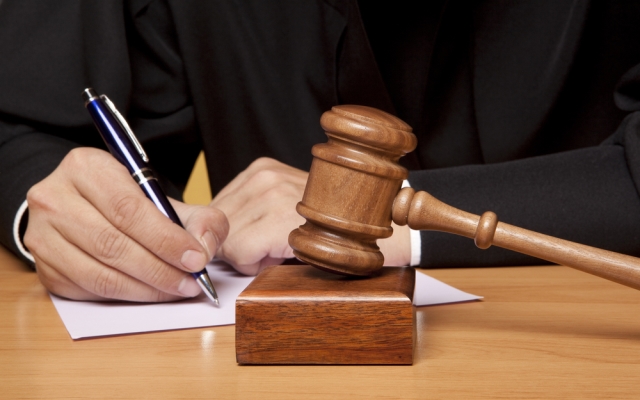 Understanding Plea Bargaining: What It’s All About

Prosecutors in Oklahoma file hundreds of charges every day. But most of those never go to trial. Various research shows that of all the charges filed annually in the United States, only about 3 to 10 percent actually go to trial. So, what happens to the rest of the charges? Some are dismissed by the judge because of aggressive pretrial motions filed by a criminal defense attorney. Sometimes, the district attorney’s office on its own will dismiss the charges. And, many times, charges will be disposed of through a plea deal. The best criminal defense attorney Tulsa has to offer can advise you on whether or not a plea deal is right for you.

What Is A Plea Deal?

A plea deal, also called a plea bargain, is an arrangement between the defendant and the prosecutor. It provides a compromise of the charges in exchange for the defendant pleading either guilty or no contest. As part of a plea deal, a defendant might also enter into what’s called a blind plea. Another potential option in some cases is what’s called an Alford plea. Plea deals are a popular legal solution for the court, the prosecutor, and the accused.

The Difference Between Pleading Guilty and No Contest

Guilty plea: When you plead guilty, you are admitting that you committed the crime charged.

No contest: A no contest plea is sometimes called a plea of nolo contendere, a Latin phrase meaning “I do not wish to contend.” With no contest plea, you are conceding to the charge without admitting guilt and presenting a defense.

Guilty and no contest pleas are similar. But, they have different consequences if there is a related civil matter (whether a lawsuit has been filed or not). Let’s take this example: Suppose that you are charged with criminal assault and battery. If you plead guilty to the charge, your guilty plea can be used against you in a lawsuit for assault and battery. However, if you plead no contest, your plea cannot be used against you in that lawsuit.

How A Plea Deal Works

Typically, the prosecutor’s office will have a recommendation or plea offer. This may come before any hearings have been held, or at any point during the course of the case. The prosecutor is not required to offer a plea deal. Sometimes the criminal defense attorney will make an offer to the prosecutor. Either side can accept or reject an offer.

The great thing about a deferred sentence is that at the end of the probation, the case will be dismissed. Also, you will not have a conviction for that case and the record of it will be expunged (sealed).

Split Sentence: With a split sentence, the defendant will spend some time in jail or prison and then have a period of probation after being released. For example, a sentence of 10 years in prison, with all but the first three years suspended means that the defendant will spend three years in prison (assuming no good time credits, etc.). Then, at the end of that three years, he or she will be released and be on probation for seven years. There will be rules and conditions of the probation.

Reduced Charge: Sometimes a criminal defense attorney can negotiate a plea deal where the charge is reduced. For example, a charge of sexual battery (a felony) could be reduced to assault and battery (a misdemeanor). Obviously, a felony conviction has greater consequences than a misdemeanor.

Reduced Sentence: In especially difficult cases, or where the evidence weighs heavily against the defendant, a criminal defense attorney might be able to negotiate a reduced sentence. So, for example, a charge that carries a penalty of up to 10 years in prison, could be reduced to five years.

What’s The Difference Between A Blind Plea And An Alford Plea?

Blind Plea: A blind plea is a guilty plea without a pre-determined or agreed upon sentence. The prosecutor and the defendant agree that the defendant will plead guilty, but let the judge decide the punishment. Typically, after the defendant has pled, the judge will not impose a sentence right away. Instead, the judge will order a pre-sentence investigation (PSI) to be conducted first. This investigation is done by an official of the Department of Corrections, who will write a Presentence Investigation Report. The PSI report will contain the following information:

Alford Plea: An Alford Plea is a guilty plea by a defendant who maintains that he is innocent of the crime, but admits that the prosecution has enough evidence to prove that he is guilty beyond a reasonable doubt. Many times with this kind of plea, the defendant will plea to a less serious charge or receive a lesser sentence. This plea is named after the U.S. Supreme Court case North Carolina v. Alford.

The client, not the attorney, gets to decide whether to accept a plea offer from the prosecution. It’s the policy of the Cale Law Office to obtain discovery from the DA’s office first before advising the client on whether or not to agree to the plea offer. In almost every case, attorney Stephen Cale files a Motion for Discovery. This forces the prosecution to turn over evidence it has in the case. This includes both unfavorable and favorable evidence regarding the defendant. Doing this helps the client make an informed decision concerning the plea offer.

If you or someone you know has been charged with a crime, call the Cale Law Office at 918-277-4800. Your initial consultation is free. The goal of the Cale Law Office is to provide you with the best possible result in your case. We understand that your life, liberty, reputation, and future are at stake.