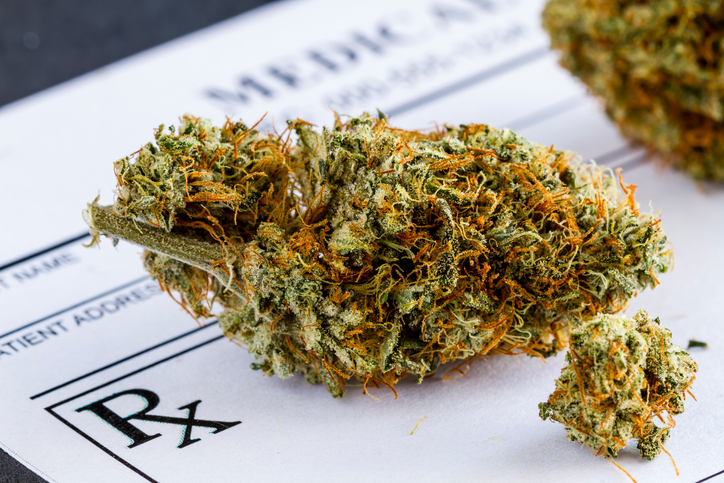 On June 26, 2018, Oklahoma became the 31st state to legalize medical marijuana, according to the National Organization for the Reform of Marijuana Laws (NORML). Tulsa medical marijuana attorney Stephen Cale is a member of the National Legal Committee for NORML. The change in the law came through an initiative in State Question 788. Of the 892,758 votes cast on SQ 788, 56.86 percent (507,582) voted in favor of it, making new law.

However, the new law will have some criminal provisions, according to Tulsa criminal defense attorney Stephen Cale. The content of this article is for educational purposes only and is not legal advice. Laws change frequently. If you have questions about medical marijuana laws in Oklahoma, contact an attorney. Look for the best criminal defense attorney Tulsa has to offer. Or, look for a Tulsa medical marijuana attorney. For other references, see answers to State Question 788 Frequently Asked Questions.

“The passage of State Question 788 doesn’t legalize all marijuana possession, distribution, cultivation and use. In fact, there are some criminal penalties in limited circumstances” – Tulsa medical marijuana attorney Stephen Cale

Under new law created with the passage of State Question 788, a person with a state-issued medical marijuana license can do the following under state law:

The new law provides for criminal consequences for persons when all three of the following apply. The person:

This is a misdemeanor offense with a fine of up to $400. There is no jail time.

The health department will have oversight and auditing responsibilities to ensure that all marijuana being grown is accounted for. A retailer will be subject only to a penalty if there is a gross discrepancy that cannot be explained. The penalty for fraudulent reporting occurring within any two-year period is $5,000 for a first offense. The penalty for a second offense is revocation of licensing.

Only a licensed medical marijuana retailer may conduct retail sales of marijuana or marijuana derivatives in the form provided by licensed processors. These products can only be sold to a medical marijuana license holder or their caregiver. The penalty for fraudulent sales occurring within any two-year time period a $5,000 fine for the first offense, and revocation of licensing for a second occurrence.

The Oklahoma State Department of Health will have oversight and auditing responsibilities to ensure that all marijuana being grown is accounted for. A licensed grower will only be subject to a penalty if a gross discrepancy exists and cannot be explained. Penalties for fraudulent reporting or sales occurring within any two-year period are a fine of $5,000 for the first offense, revocation of licensing for a second offense.

A license processor may take marijuana plants and distill or process these plants into concentrates, edibles, and other forms for consumption. The Oklahoma State Department of Health will make a set of standards that will be used by license processors in the preparation of edible marijuana products. These standards will be in line with current food preparation guidelines. The Oklahoma Department of Health may not set excessive or punitive rules.

Licensed processors will be required to complete a monthly yield and sales report to the Oklahoma State Department of Health. This report will detail the amount of marijuana purchased in pounds, the amount of marijuana character processed in pounds and the amount of waste in pounds. Additionally, this report will show the total wholesale sales in dollars. A licensed processor will only be subject to a penalty of a gross discrepancy exists that cannot be explained. Penalties for fraudulent reporting occurring with any two-year time. Will be at $5000 fine for the first offense, and revocation of licensing for the second offense.

Cale Law Office is dedicated to the practice of criminal defense and medical marijuana law. Our mission is to achieve the best possible results for our clients through hard work, attention to detail, and aggressive representation. This is done while maintaining the highest level of professionalism, integrity, and ethical standards. If you or someone you know has been charged with a crime or is looking for Tulsa medical marijuana attorney, call the Cale Law Office at 918-277-4800.