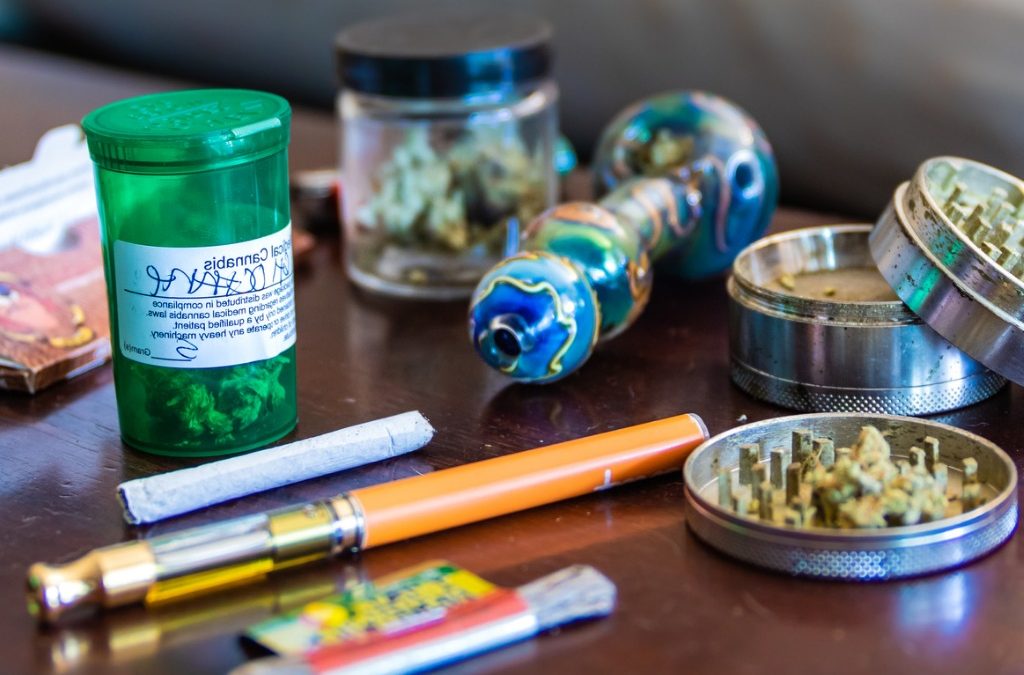 It probably gets little attention. But buried in the text of new statutes birthed by State Question 788 is a unique section of law dealing with drug paraphernalia. And it’s good for medical marijuana patient cardholders, said Tulsa medical marijuana attorney Stephen Cale.

The information in this article is for educational purposes only and not legal advice.

Pipes, bongs, vaporizers, vape pens and the like are considered drug paraphernalia. And ordinarily, possession of these items is illegal under state law.

There is a narrow exception to drug paraphernalia in the new State Question 788 law that pertains to consumption of marijuana. A new statute that is part of SQ 788 states:

“This is a big deal not only for marijuana patients but for vendors who make or sell devices to consume cannabis,” said Tulsa medical marijuana attorney Stephen Cale.

In December 2015, law enforcement raided a Norman, Ok, shop called the Friendly Market. They found bongs and other marijuana-related items but no illegal drugs.

Prosecutors charged the store owners with multiple counts of possession of drug paraphernalia and acquiring proceeds through drug activity. A jury found them not guilty in May 2017.

Possession of Drug Paraphernalia | The Flip Side That Needs Revision

A problem for patients, growers and processors is the state’s Uniform Controlled Dangerous Substances Act (CDS Act), said Tulsa medical marijuana attorney Stephen Cale. The Act embodies a large portion of the state’s drug laws, including marijuana laws. State Question 788 does not fall within the Act and does not address the broad definition of drug paraphernalia.

“It’s a tricky area,” Cale said. “On the one hand, State Question 788 allows qualified persons to grow, possess and use marijuana. On the other hand, there are still state statutes on the books that make possession of items to grow marijuana illegal.”

Under the CDS Act, the legal definition of drug paraphernalia is a long list. It covers more than just pipes, containers, vaporizers, etc. Among the list are: “equipment, products and materials of any kind which are used, intended for use, or fashioned specifically for use in planting, propagating, cultivating, growing, harvesting, manufacturing, compounding, converting, producing, processing, preparing, testing, analyzing, packaging, repackaging, storing, containing, concealing, injecting, ingesting, inhaling or otherwise introducing into the human body a controlled dangerous substance in violation of the Uniform Controlled Dangerous Substances Act.”

Penalty for Possession of Drug Paraphernalia

The Best Solution: The Legislature, Not The Court of Criminal Appeals

The Oklahoma Court of Criminal Appeals has already held that the district attorney “retains broad discretion as to whether, when, and how to prosecute crime.” See State v. Haworth. The appellate court went on to say: “In a variety of contexts, we have reiterated that where a defendant’s conduct is arguably covered by more than one criminal provision, the choice is a matter within the prosecutor’s discretion, bounded by the constitutional requirement that the decision not be based on impermissible standards, such as race or religion.”

You can find details on State Question 788 law here. Or read a summary of SQ 788 written by Tulsa criminal defense attorney Stephen Cale.

Tulsa medical marijuana attorney Stephen Cale is a Legal Committee member of the National Organization for the Reform of Marijuana Laws (NORML).

Call the Cale Law Office at 918-277-4800 for your free initial consultation and for more information. Or, contact us via the web.