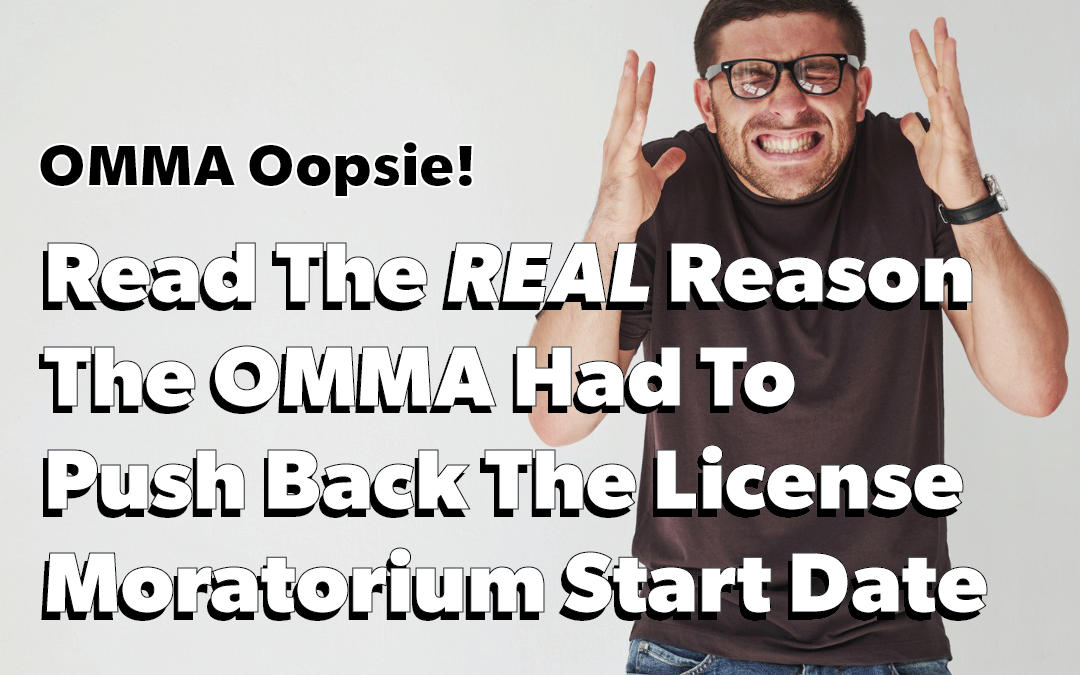 The Oklahoma Medical Marijuana Authority (OMMA) has pushed back the start date of a two-year license moratorium for new dispensary, grower and processor licenses from Aug. 1 to August 26, 2022, said Tulsa medical marijuana attorney Stephen Cale. There’s a constitutional reason the OMMA had to make the change, he said.

An emergency clause is a provision in a bill that allows the measure to become effective immediately upon the Governor signing it or at a specified date, said Tulsa medical marijuana attorney Stephen Cale.

“Under a section of the Oklahoma Constitution, if a measure doesn’t have an emergency clause, then the bill becomes effective 90 days after the Legislature adjourns,” Cale said.

Language in the moratorium legislation (HB 3208) set the moratorium start for August 1st, but as long as the license application was submitted by 11:59 p.m. that day, the OMMA could process it.

“The problem is that the August 1st start date is less than 90 days after the Legislature adjourned, which was on May 27th”, Cale said.

“There’s caselaw that says that even if a bill states an effective date, it still cannot be effective fewer than 90 days after the Legislature adjourns unless it contains an emergency clause and was passed by at least two-thirds of the Legislature,” he said.

The OMMA said it will stop processing applications for new grower, processor and dispensary applications at 12:01 a.m. Aug. 26, 2022.

The OMMA’s Explanation For Resetting The Moratorium Start Date

Early Saturday, July 30th, the OMMA made its announcement about the later moratorium start date through social media, its website and press release.

OMMA Executive Director Adria Berry said that the OMMA had misinterpreted the effective date of HB 3208. She cited the bill’s vote count.

“We made a mistake and interpreted the bill as written without taking the vote count into consideration,” she said. “We’re double-checking every piece of legislation affecting OMMA from the last legislative session to ensure this won’t be repeated. We hold ourselves to a high standard, and we fell short in this instance. We hope the transparency in our message today is evidence that we take seriously the trust Oklahomans place in OMMA.”

The vote count would be important for determining the effective date if the legislation had an emergency clause, said Tulsa medical marijuana attorney Stephen Cale.

Tulsa medical marijuana attorney Stephen Cale is the founder of Cale Law Office. He has been serving people with legal needs for more than 23 years. Cale works with a number of marijuana-related organizations. He is a Legal Committee member of the National Organization for the Reform of Marijuana Laws (NORML). Additionally, he serves on the board of Green Country NORML, a Tulsa chapter of NORML.