The Psychology of False Confessions 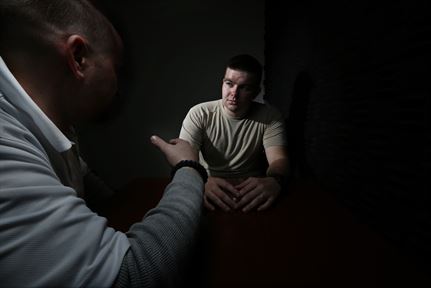 Most people just assume that a person will not confess to a crime unless that person is faced with overwhelming incriminating evidence. Or, perhaps the confessor has been offered a promise of a more lenient charge or punishment. And, unless a person has a mental defect or is being tortured, it’s hard to grapple with why someone would confess to a crime they didn’t commit. But there are all kinds of reasons why somebody might confess – even falsely confess.

Personality is sometimes a factor in false confessions. Some people are more vulnerable to external pressure than others. They are at a higher risk of falsely confessing. Research has shown that this is especially true of people who are eager to please others and avoid confrontation, especially with authority figures. People who suffer from anxiety, fear, depression, delusions, and other psychological disorders are more vulnerable than others. When it comes to age, there is a high risk that youths will confess to something that they didn’t do.

Studies have shown various reasons for voluntary false confessions. Some of those reasons are even strange.

Dislike for Marijuana Laws. In one recent federal criminal case, the defendant confessed to having a truckload of marijuana to draw attention to his dislike of marijuana laws. It turned out that police found no marijuana because he had none. Read United States v. Benally.

Reward and Stupidity. Some have falsely confessed to cover up for friends. Others have “confessed” because of a promised monetary reward from a criminal organization. Some have falsely confessed in order to get to a college exam on time or important chess tournament. Some have even given a false confession as a joke or to impress a girlfriend. In one case, an inmate confessed to a murder he did not commit to prove that a wrongful conviction is possible. Guess what? He succeeded.

This category refers to cases in which someone freely turns themselves into the police and incriminate themselves for a crime they did not commit. Various reasons have been given to explain this type of confession. They include a pathological need for attention or self-punishment; a sense of guilt or delusions; a perception of tangible gain from confessing; or to protect someone else. This category of also includes people who cannot differentiate between fantasy and reality, or who have self-destructive tendencies. This type of false confession happens a lot in high-profile cases.

JonBenet Ramsey Case – JonBenet Ramsey was a 6-year-old beauty queen. She was killed in her home in Boulder, Colorado, in 1996. Her parents were suspects, but they were never arrested. Nearly 10 years after the child’s death, a man named John Mark Karr confessed to the killing. Back in 2006, Karr was emailing a University of Colorado professor who had produced a documentary about the Ramsey case. The emails were disturbing and suspicious enough that the professor up reporting Karr to the police. Authorities coordinated with Thai officials to arrest him while he was teaching in Bangkok. After Karr was brought back to Colorado, prosecutors declined to charge him with the death of JonBenet. His DNA did not match DNA found on JonBenet’s body, and he could not provide details that were unknown to the public. Plus, Karr’s ex-wife told authorities that she and Karr spend the holidays together in Alabama during the time that the JonBenet murder happened.

Lindbergh Baby Kidnapping – On March 1, 1932, someone kidnapped Charles Lindbergh Jr., the 20-month-old son of famed aviator Charles Lindbergh. The kidnapper had left a ransom note on the window sill of the child’s room. On May 12, a delivery truck driver discovered the toddler’s body almost five miles from the Lindbergh home. Roughly 200 people voluntarily “confessed” to the crime.

Coerced-internalized false confession refers to instances in which an innocent person becomes convinced during the course of the police interrogation that he is actually guilty of what he is being accused of. This can occur with a suspect who was under the influence of drugs or alcohol during the event in question and does not recall clearly what occurred. In this circumstance, he may be convinced to believe the police’s version of events. In other cases, even an innocent suspect who was not under the influence of drugs or alcohol may be led, due to police interrogation techniques, to believe that he is guilty and simply repressing the painful event. Even when not subject to stressful conditions, people are quite easily manipulated into believing that their perception of reality is wrong.

Stephanie Crowe Murder – The murder of 12-year-old Stephanie Crowe took place in her bedroom inside her home in Escondido, California, sometime between late night January 20, 1998, to early morning January 21, 1998. The girl had been stabbed eight times.
Police questioned all of the Crowe family members, confiscated their clothing, and examined their bodies for injuries.

The parents were then put up in a motel, while the two surviving children were taken to the county’s shelter for children. They were not allowed to see their parents for two days. During that time police interviewed both children, without their parents’ knowledge and without an attorney. They took Michael Crowe, Stephanie’s 14-year-old brother, away to the police station for questioning on several occasions. Police interrogators misled him into believing that they had physical evidence of his guilt and that he had committed the crime. After an intense six-hour interrogation, he gave a vague confession to killing his sister, providing no details and saying that he couldn’t remember doing it. The interview was videotaped by police. At times Michael is heard saying things to the effect of, “I’m only saying this because it’s what you want to hear.” He was arrested and charged with murdering his sister. The charges were eventually dropped only after the police found the victim’s blood on a neighbor’s clothing.

Central Park Five Jogger Case – This case involved the assault, rape, and sodomy of Trisha Meili, a white female jogger, and attacks on others in Manhattan’s Central Park on the night of April 19, 1989. The attack on the jogger left her in a coma for 12 days. Meili was a 28-year-old investment banker at the time. On the night of the attack, five juvenile males – four black and one Hispanic – were apprehended in connection with a number of attacks in Central Park committed by around 30 teenage perpetrators.

The defendants were tried for assault, robbery, riot, rape, sexual abuse, and attempted murder relating to Meili’s attack and the other attacks in the park, based solely on confessions that they said were coerced and false. Before the trial, the FBI tested the DNA of the rape kit and found it did not match to any of the tested suspects. The District Attorney presented these findings to the press as “inconclusive.” The five were convicted in 1990 by juries in two separate trials. They received sentences ranging from 5 to 15 years. Four of the convictions were appealed and the convictions were affirmed by appellate courts. The defendants spent between six and 13 years in prison.

In 2002, Matias Reyes, a convicted murderer and serial rapist in prison, confessed to raping the jogger, and DNA evidence confirmed his guilt. He knew facts about the crime that only the offender could have known and also said he committed the rape alone. At the time of his confession, Reyes was already serving a life sentence. He was not prosecuted for raping Meili, because the statute of limitations had passed by the time he confessed. The Central Park Five’s convictions were vacated in 2002. They got a multi-million dollar settlement against New York City.

In this category of false confessions, the suspect’s certainty of his guilt usually is the result of the pressure of being interrogated by the police. The suspect will falsely confess for short-term benefits, such as being allowed to sleep, left alone, or even released.

If you or someone you know has been charged with a crime, call the Cale Law Office at 918-277-4800. Tulsa criminal defense attorney Stephen Cale has nearly 20 years of experience. He also has the right kind of experience because he focuses his practice on criminal defense. He will look for a way to get charges dismissed – even if the person has made a statement or so-called confession to police. Look at the testimonials clients have given at CaleLawOffice.com/testimonials.