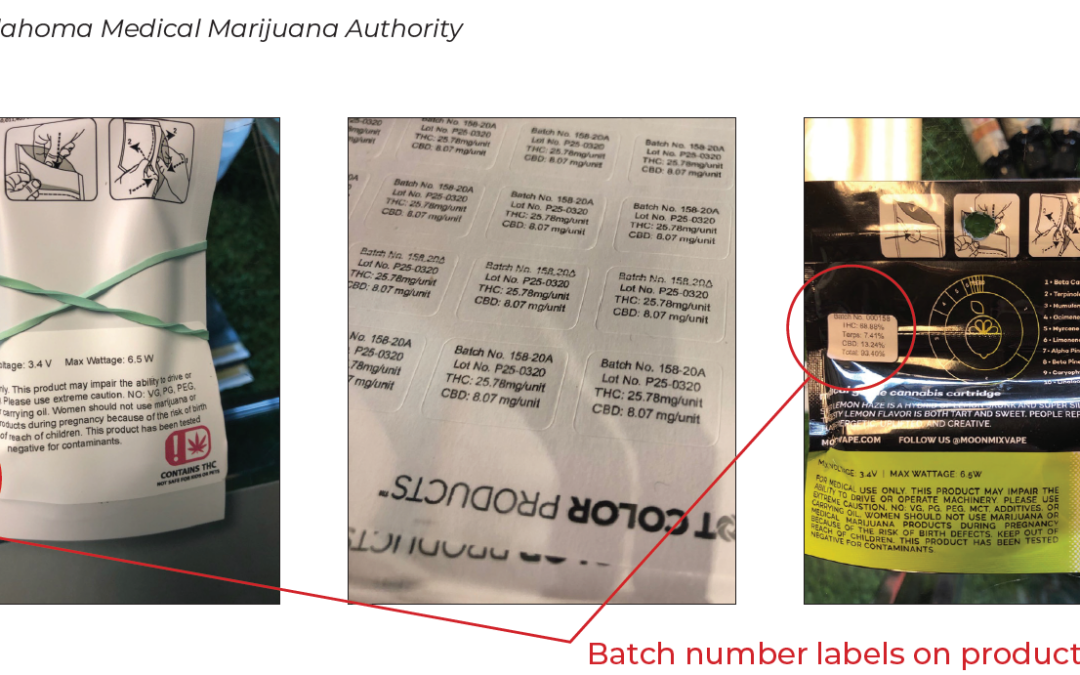 The Oklahoma Medical Marijuana Authority (OMMA) issued its first recall since the state’s marijuana program began in 2018, said Tulsa medical marijuana attorney Stephen Cale. The following is for informational purposes and is not legal advice.

The OMMA said it is recalling marijuana vaping cartridges and mints processed by Moon Mix LLC, based in Edmond.

Those products from the company’s Batch 158 failed required testing and may not safe for consumers, the OMMA said.

What Prompted the Recall

A spokesperson for the OMMA said that the agency requested a testing Certificate of Analysis from Moon Mix, but the company failed to produce it. That prompted the OMMA to test the products on its own.

Testing results revealed the presence of a fungicide, myclobutanil, which when heated with marijuana can create toxic gases.

What Medical Marijuana Patients and Dispensaries Should Do

Patients or caregivers who have those products should contact the dispensary they purchased them from for information on its recall procedures, the OMMA said.

Dispensaries that carried the affected product should assist the OMMA in this recall and notify patients or caregivers who bought these products.

Which Marijuana Businesses Must Test and What They Must Test For

What Happens When There’s A Failed Test

Under current regulations, growers and processors cannot sell or otherwise transfer their marijuana or products if the batch does not pass the test, said Tulsa medical marijuana attorney Stephen Cale said. Instead, they must dispose of marijuana or marijuana products.

However, if HB 3228 is signed by Oklahoma Gov. Kevin Stitt, new law will allow for remediation. That means that marijuana or marijuana product can undergo a process to meet required testing standards.

OMMA regulations state in the event that marijuana or marijuana product is sold or transferred but fails to meet testing standards, then:

Tulsa medical marijuana attorney Stephen Cale is a Legal Committee member of the National Organization for the Reform of Marijuana Laws (NORML). He has been serving people with legal needs for more than 21 years.