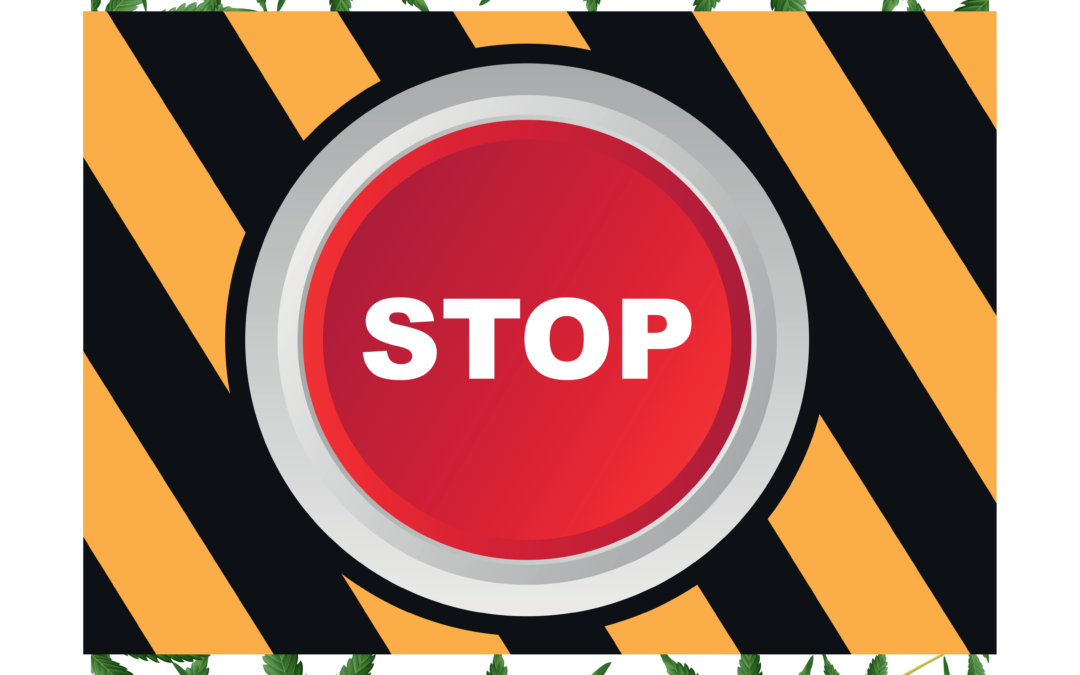 “This is a really bad bill. If enough people voice opposition to this bill, it could be dead in the water,” Cale said. “But, if you’ve thought about getting into the medical marijuana business, now is the time to do it just in case this bill gets passed into law.”

If passed into law, the measure would be known as the Oklahoma Cap on Medical Marijuana Business Act of 2021. Here’s a summary of what it would do:

The Oklahoma Medical Marijuana Authority (OMMA) must make a public announcement that the number of dispensary, processor, and grower licenses will be capped beginning Sept. 1, 2021. OMMA would have to make the public announcement on July 21, 2021, or 15 days after the effective date of the Act.

To determine the final number of licenses, the OMMA would first process all pending applications for each license category received before Sept 1st. Then, it would add that number to the total number of active licenses in each category as of Sept. 1st.

The OMMA could not accept dispensary, processor, or grower license applications beginning September 1, 2021. There would be a business voucher exception if the number of active licenses falls below the cap.

“The Certificate of Compliance requirement has been a major speed bump for some businesses who are getting or renewing their medical marijuana business licenses,” Tulsa medical marijuana attorney Stephen Cale said. “There are some in larger cities who have been waiting for several months to get one.”

In 2019, the State Legislature enacted the Oklahoma Medical Marijuana and Patient Protection Act. A provision of this act gave birth to the Certificate of Compliance. Specifically, the provision (Title 63, Section 427.14) provides that a medical marijuana business license “shall not be issued until all relevant local licenses and permits have been issued by the municipality, including but not limited to an occupancy permit or certificate of compliance.”

Another provision in the act (Title 63, Section 427) also created a Certificate of Compliance requirement. Under this law, the certificate must certify “compliance with zoning classifications, applicable municipal ordinances and all applicable safety, electrical, fire, plumbing, waste, construction and building specification codes.”

Under the cap law, those who have active licenses before September 1, 2021, would not be required to submit a Certificate of Compliance before submitting a renewal application. Instead, applicants will have 180 days from the time that the application is temporarily approved to submit the certificate.

However, if the applicant has not submitted the Certificate of Compliance within the 180-day timeframe, the license will be terminated and cannot be extended.

Beginning Sept. 1, 2022, any medical marijuana dispensary licensee that is not actively using the license for 18 months will not be allowed to renew it. “Active use” requires that a dispensary have at least $5,000 per month in gross sales calculated on a 12-month rolling average. Gross monthly sales will be calculated by taking the total amount of income and subtracting all discounts and sales and excise tax collected on medical marijuana and products.

Beginning Sept. 1, 2022, any medical marijuana grower licensee that is not actively using the license for 18 months will not be allowed to renew it. “Active use” requires that a grower “have under cultivation” at least 50 marijuana plants per month, calculated on a 12-month rolling average.

Beginning Sept. 1, 2022, any medical marijuana processor licensee that is not actively using the license for 18 months will not be allowed to renew it. “Active use” requires that the processor have at least $5,000 per month in gross sales calculated on a 12-month rolling average. Gross monthly sales will be calculated by taking the total amount of income and subtracting all discounts.

The Oklahoma Medical Marijuana Authority would publicly announce an application process for a medical marijuana business license voucher. The announcement would include beginning and ending dates for the OMMA to accept applications for the vouchers. This window of opportunity would be for 60 days.

The voucher would be good for 60 months from the date of issuance. However, if the voucher is not converted to an active medical marijuana business license, or an application to convert it is not submitted within 60 months, the voucher will be invalid.

Also, the owner of the voucher could transfer or sell it one time in any calendar year upon application to the OMMA. However, the owner would have to pay a $2,500 transfer fee. The money collected from this fee would go into the State’s general revenue fund.

Working With the Cale Law Office For Your Medical Marijuana Business

Tulsa medical marijuana attorney Stephen Cale is the founder of Cale Law Office, located in Tulsa, Oklahoma. He has been serving people with legal needs for more than 21 years.