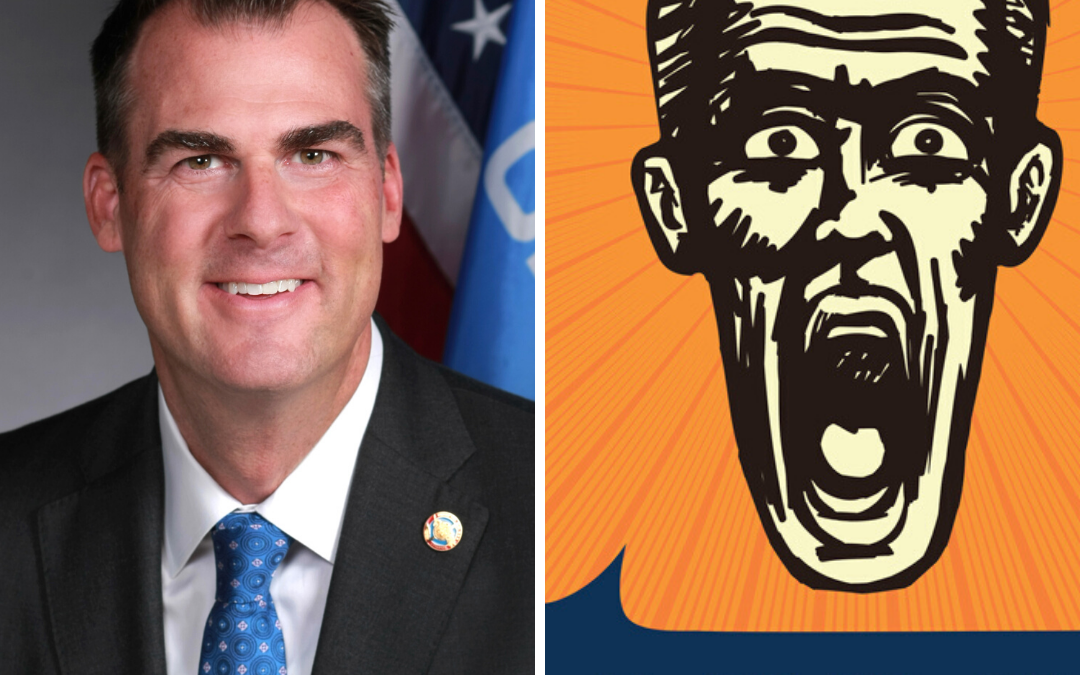 The Oklahoma Legislature failed to override a veto of a comprehensive reform bill that would have aided patients and marijuana businesses, said Tulsa medical marijuana attorney Stephen Cale. However, the Legislature could go into a special session to address the measure.

Oklahoma Gov. Kevin Stitt vetoed HB 3228 on May 21st. In a formal letter to the Speaker of the House and House of Representatives, Stitt stated:

“House Bill 3228 is a lengthy bill that alters Oklahoma’s medical marijuana program.  The language in the bill makes substantial policy changes to the medical marijuana program that were not fully scrutinized through normal legislative procedures before the bill was received by my office in the middle of the night Saturday. While there is much room for improvement in the way our state’s program operates, this bill does not address those items in a way I can support.”

The bill passed with large support in the House and Senate – enough to override a veto. However, the Legislature recessed Friday, May 22nd, after overriding several other vetoed bills, but ignoring an override vote on HB 3228. The Legislature officially adjourned, or ended, its session on May 29.

The Oklahoma Constitution allows for a special session, said Tulsa medical marijuana attorney Stephen Cale. A special session happens with a call by the Governor, or by a written call signed by two-thirds of the members of both the House and the Senate.

The Movement For An Override Vote

Here are some highlights of what HB 3228 would have done if it had become law:

Allowed growers and dispensaries to package and sale pre-rolls. However, the pre-rolls could not contain marijuana concentrates or derivatives. Growers would sell pre-rolls at the wholesale level without a tax imposed.  Currently, only processors can make pre-rolls.

However, HB 3228 would have lengthened the duration of the license and broadened eligibility requirements. Under the bill, the non-resident would not have to have a licensed medical marijuana patient. Additionally, the temporary license would last for 90 days and could be renewed.

HB 3228 would have ensured that the OMMA (State Health Department) would seal patient and caregiver records and information. The OMMA would not be able to share information and records to any state agency or political subdivision (such as a county or municipality) without a warrant.

Eliminated Certificate Of Compliance For License Renewal In Most Instances

Currently, businesses applying for a new commercial marijuana license, or renewing one, must submit a Certificate of Compliance with the license application. This certificate shows that the business complies with zoning, fire, building, and other codes, or that such codes don’t apply at the business site. Getting the Certificate of Compliance can be a lengthy process in some cities and towns. Most counties, however, don’t have such codes, and rapidly endorse the certificate.

Under HB 3228, no additional Certificate of Compliance would be required for renewing licenses unless:

Grandfather The 1,000 Feet From A School Law For Dispensaries.

However, in 2019, the Oklahoma Legislature passed the Oklahoma Medical Marijuana and Patient Protection Act. That Act defined public and private school, including “preschool” within the definition.

Oklahoma Attorney General Mike Hunter issued an opinion in September 2019 concerning the effect of the new law on dispensaries. He stated that the Oklahoma Medical Marijuana Authority (OMMA) could revoke or decline to renew a dispensary license that was located within 1,000 feet of a preschool entrance– even if the dispensary was at its current location before the new 2019 law. Attorney General Hunter said in his opinion that the state Legislature did not “grandfather,” or exempt, dispensaries that existed before the new law went into effect.

HB 3228 would have allowed existing dispensaries to remain at their current location if a public or private school later located within 1,000 feet of the dispensary.

Tulsa medical marijuana attorney Stephen Cale is a Legal Committee member of the National Organization for the Reform of Marijuana Laws (NORML). He has been serving people with legal needs for more than 21 years.