Offenses That Will Get Your Driver’s License Revoked | Part 4: Actual Physical Control 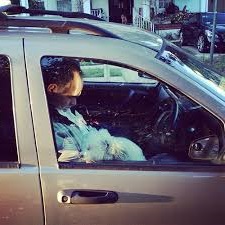 Offenses That Will Get Your Driver’s License Revoked | Part 4: Actual Physical Control

No one wants to lose their driver’s license. We need to drive for just about everything – work, school, going to the store. In this segment, Tulsa criminal defense attorney Stephen Cale talks about how a person can lose his or her license for a conviction of “actual physical control of a motor vehicle.” If you’ve been charged with any crime, call the Cale Law Office at 918-277-4800. Your initial consultation is free. This is a general overview for educational purposes and not legal advice.

State law provides for mandatory revocation of a driver’s license in certain instances, said Tulsa criminal defense. This is for convictions in municipal/city, state or federal court. You can see the full list of offenses here. One category offenses is a conviction of being in “actual physical control” of a motor vehicle. Let’s take a look.

What Is “Actual Physical Control?”

“No person may be convicted of being in actual physical control of a motor vehicle while under the influence of alcohol/(an intoxicating substance) unless the State has proved beyond a reasonable doubt each element of the crime. These elements are:

First, being in actual physical control of a motor vehicle;
Second, on a public road, street, highway, turnpike, street, or place;
OR on a private road, street, alley or lane which provides access to one or more single or multi-family dwellings;
Third, while having a blood/breath alcohol concentration of 0.08 or more;
OR while under the influence of alcohol OR while under the influence of any intoxicating substance other than alcohol OR combined influence of alcohol and any other intoxicating substance which may render a person incapable of safely driving a motor vehicle;
Fourth, the blood/breath alcohol test was administered within 2 hours after arrest.”

The term “actual physical control” has a certain legal meaning. It means “directing influence, domination or regulation of any motor vehicle, whether or not the motor vehicle is being driven or is in motion.” The Court of Criminal Appeals has stated that, by adding the words “actual physical control,” the Legislature intended to apply the law to persons who control a vehicle but who may not have put the vehicle into motion.

Confused? Here are some illustrations:

• Behind the Wheel But Not Driving: Police found the defendant intoxicated behind the wheel of a vehicle with the motor running But there was no evidence that he had driven it. The Oklahoma Court of Criminal Appeals indicated that the defendant could not be convicted of driving while under the influence but could be convicted of being in actual physical control while under the influence. Parker v. State.

• Asleep in Driver’s Seat: A lake ranger saw a vehicle parked on the road around 2:00 a.m. The ranger pulled up beside the vehicle, shined his lights on it and saw two people inside. He then walked over to the pickup and noticed that the two people inside the truck were sleeping. After waking the two occupants, the ranger saw what appeared to be a burned marijuana cigarette in the ashtray. The ranger then requested that defendant, who was sitting in the driver’s seat, get out of the truck. While Defendant was getting out of the truck, the ranger noticed keys in the ignition. The Defendant’s balance was unstable, that he had an order of alcohol, and that his speech was slurred. He failed a field sobriety test of standing on one leg, refused to take a breathalyzer test. Wofford v. State.

• Exiting on Driver’s Side: An officer responded to a call of a disturbance at a residence. When he arrived at the scene, he saw the Defendant exciting the driver’s side of a car. The car was parked partly in the roadway and partly in the driveway in the yard of the residence. The Defendant had slurred speech, appeared unsteady, smelled of alcohol, and had bloodshot eyes. Based upon these observations, police arrested the Defendant for actual physical control. Kyle v. State.

• Unconscious Behind Steering Wheel: Police discovered the Defendant inside his car. The car was idling in a small parking area in front of a business. An officer testified that the doors were shut, the engine was running, and the headlights were on. The Defendant was situated with his legs under the steering wheel, close to the pedals, and the upper part of his body on the passenger side of the front seat. He was unconscious and intoxicated. Mason v. State.

If you’ve been charged with being in actual physical control of a motor vehicle, or any other crime, call Tulsa criminal defense attorney Stephen Cale at 918-277-4800. Your initial consultation with the Cale Law Office is free. Attorney Cale has nearly two decades of experience and focuses his practice on criminal defense.  When you meet with Attorney Cale, he will provide a free Defense Strategy Plan document for you. This will guide you on what steps Attorney Cale will be taking in defending you. It also gives you a roadmap of the court process.