Offenses That Will Get Your Driver’s License Revoked | Part 2: DUI – Drugs 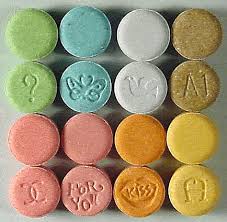 Offenses That Will Get Your Driver’s License Revoked | Part 2: DUI – Drugs

A driver’s license is a valuable asset. We need it to legally drive to the store, to work, and for general transportation. Tulsa criminal defense attorney Stephen Cale talks about offenses that will automatically get your driver’s license revoked. In this part, he talks about driving under the influence of drugs. This is a general overview and is for educational purposes, not for legal advice. If you’ve been charged with a crime, call the Cale Law Office at 918-277-4800. Your initial consultation is free.

The Oklahoma Department of Public Safety is the agency that issues and revokes driver’s licenses. State law says that the Department of Public Safety shy mainly revoke the driving privilege of any person was convicted in state permissible court of driving under the influence of drugs. The conviction must be a final conviction. You can read a full list of offenses that require mandatory revocation of the license here.

Elements of Driving Under the Influence of Drugs

Every state statute that finds criminal offense can be broken down into parts, or elements. No person can be convicted of driving under the influence of intoxicating substances, drugs was prosecution proves beyond a reasonable doubt each of the following elements.

1) Driving;
2) A motor vehicle;
3) On a public road, street, highway, turnpike or place, or private road, street, alley, lane which provides access to one or more single or multi-family dwellings; and
4) While under the influence of any intoxicating substance other than alcohol, or the combined influence of alcohol and any other intoxicating substance which may render a person incapable of safely driving a motor vehicle.
The term “driving” means operating a motor vehicle while it is in motion. The term “motor vehicle” also has a legal definition. Basically, it’s a device that can move people or things on a road or highway. Some things are not counted as motor vehicles. Those include:
1) “devices moved by human power or used exclusively upon stationary rails or tracks.” Examples of this are bicycles and trains.
2) “vehicles moved solely by animal power, implements of husbandry” unless a title or registration has been issued for them. For example, a horse-drawn carriage or a tractor.
3) “special mobilized machinery or self-propelled wheelchairs or tricycles for invalids”

State statutes list drugs that are considered “intoxicating substances.” Some of those include marijuana, methadone, magic mushrooms, opiates, and LSD. If none of those items listed are what the state believes to be an intoxicating substance, a judge will instruct the jury with the following: “You are instructed that an intoxicating substance is any substance, other than alcohol, which is capable of being ingested, inhaled, injected, absorbed into the human body and is capable of adversely affecting (the central nervous system), vision, hearing, (any sensory, motor functions).” Spray paint is an example of this definition.

This crime is a misdemeanor for the first offense, said Tulsa criminal defense attorney Stephen Cale. Anyone convicted of this could be punished with 10 days to one year the county jail unless put on probation. The judge can also fine the defendant up to $1000. If convicted, you also have to participate in a drug and alcohol assessment and follow the recommendations of that assessment.

The trooper told the defendant to have a seat in the patrol car. He observed that the defendant speech was very thick and slurred. His movements were abnormal and exaggerated. Defendant’s mouth was very dry and respect his lips a lot all talking. All these factors indicated methamphetamine use.

The Oklahoma Court of Criminal Appeals found that the prosecutor failed to redact unfairly prejudicial materials from a previous judge it and sentence. These included the defendant’s criminal histories. These additional pages were not relevant and were prejudicial. The prosecutor’s actions, however, were not enough to reverse the conviction.

The evidence clearly established that the defendant’s intoxicated state entered his ability to safely operate a vehicle. The defendant deviated from the direct course of travel in the highway lane. His movements were exaggerated and abnormal. Also, his perception of time was inaccurate as as he proceeded to be quicker than normal. All of witnesses believed that the defendant was intoxicated by methamphetamine. The high court affirmed the defendant’s conviction, but sent it back to the district court for resentencing.

Driving under the influence of drugs charges can be beaten, said Tulsa criminal defense attorney Stephen Cale. Call the Cale law office at 918-277-4800 to schedule your free initial consultation. Attorney Cale will look at the charge to see if he can get it dismissed because the prosecutor didn’t properly file it. The thing that attorney Cale does is file pretrial motions. One of these motions is a discovery motion. That forces the prosecution to turn over evidence that it has against the client. It also of forces the state to produce favorable evidence.

If you’ve been charged with a crime, call the Cale Law Office at 918-277-4800. Your initial consultation case evaluation is free. The great thing about attorney Stephen Cale is that he focuses on criminal defense. So, you know that you’re very capable and experienced hands. He has been practicing for nearly two decades.