Offenses That Will Get Your Driver’s License Revoked | Part 1: DUI – Alcohol 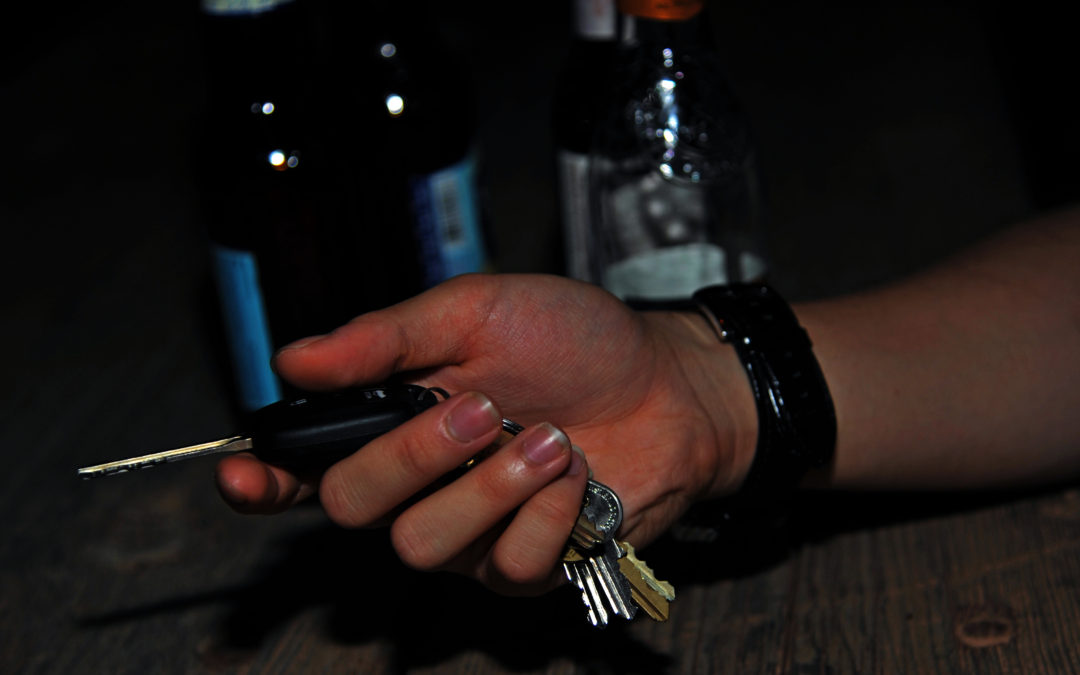 Offenses That Will Get Your Driver’s License Revoked | Part 1: DUI – Alcohol

Having a driver’s license is so important for our way of life. We need it for work, school, and just overall general transportation. Tulsa criminal defense attorney Stephen Cale talks about offenses that will automatically get your driver’s license revoked. In this part, he talks about driving under the influence of alcohol. This is a general overview and is for educational purposes, not for legal advice. If you’ve been charged with a crime, call the Cale Law Office at 918-277-4800. Your initial consultation is free.

The U. S. Supreme Court has held that a driver’s license is a privilege, not a right. Oklahoma statutes have a laundry list of 11 categories of mandatory revocation of a person’s driver’s license. You can read the full list here. Part of the text of that statute reads:

“The Department of Public Safety shall immediately revoke the driving privilege of any person, whether adult or juvenile, upon receiving a record of conviction in any municipal, state or federal court within the United States of any of the following offenses, when such conviction has become final: …”

Driving Under the Influence of Alcohol

Type One – Influence of Alcohol

No person can be convicted of driving under the influence of alcohol unless the prosecution proves beyond a reasonable doubt each element of that crime. Those elements are:
1) driving;
2) a motor vehicle;
3) on a public road, street, highway, place, etc., or on a private street or lane that provides access to one or more single or multifamily dwellings; and
4) while under the influence of alcohol.

No person can be convicted of driving under the influence of alcohol unless the prosecution proves beyond a reasonable doubt each element of the crime. Those elements are:
1) driving;
2) a motor vehicle;
3) on a public road, street, highway, place, etc., or on a private street or lane that provides access to one or more single or multifamily dwellings;
4) while having a blood or breath alcohol concentration of 0.08 or more; and;
5) the blood or breath alcohol test was administered on a sample taken from the defendant within two hours after arrest, or as soon as practical after a fatality or injury accident.

The term “driving” means operating a motor vehicle while it is in motion. The phrase “under the influence” also has a certain legal definition. It means a “condition in which alcohol has so far affected the nervous system, brain, or muscles of the driver as to hinder, to an appreciable degree, his/her ability to operate a motor vehicle in a manner that an ordinary prudent and cautious person, if in full possession of his/her faculties, using reasonable care, would operate or drive under like conditions.” Simply put, it means that you’re not driving as you should because of alcohol intoxication, said Tulsa criminal defense attorney Stephen Cale.

The term “motor vehicle” also has a legal definition. Basically, it means a device that can move people or things on a road or highway. There are some exceptions to this:
1) “Devices moved by human power or used exclusively upon stationary rails or tracks.” (For example, bicycles or trains);
2) “Vehicles move solely by animal power or implements of husbandry” unless a title registration has been issued for them. (Example: horse-drawn carriage or tractor); and
3) “special mobilize machinery, or self-propelled wheelchairs or tricycles for invalids.”

DUI and DWI: Not the Same

If you’ve been charged with a DUI or any crime, call Tulsa criminal defense attorney Stephen Cale at 918-277-4800. Sometimes DUI charges can be beaten. When you hire attorney Stephen Cale, he gets started your case right away. He will first determine whether the DA’s office properly filed the charge. He has successfully gotten the court to dismiss charges because the prosecutor did not properly file them.

Another thing that attorney Cale will do is file various motions for your defense. This includes filing a discovery motion. This motion forces the prosecutor to turn over evidence that it has against the defendant. It also forces the DA’s office to turn over favorable evidence. Attorney Cale will use this information to try to get the charge against you dismissed.

It’s important for you to have a driver’s license. Driving without a license can put you at further risk of criminal prosecution. So, for aggressive legal defense, call the Cale Law Office. You’ll get a free consultation and evaluation of your case.

Attorney Stephen Cale also provides representation at hearings before the Department of Public Safety. This is the agency that issues driver’s licenses and has the ability to revoke them. Anyone arrested for an alcohol-related offense while driving should contest the matter in order to keep his or her driver’s license. There’s a certain deadline to request this hearing. So, hiring an attorney immediately is important.

This type of hearing is different than hearings or court appearances for the criminal matter. The hearing before the Department of Public Safety is called an administrative hearing. The person presiding over this hearing is called a hearing officer. Most of these hearings are conducted by phone. On the other hand, the criminal charge will be held at a county courthouse or a series municipal court. The person presiding over these proceedings is a judge.

Failing to hire an attorney to address these issues can have serious consequences, you could lose your drivers license for a long time. You might also have to put certain devices on your vehicle before driving them. One device called an interlock device. This requires you to blow into the device to measure breath alcohol concentration. If it measures a certain level of alcohol on her breath, you will not be able to start the vehicle.