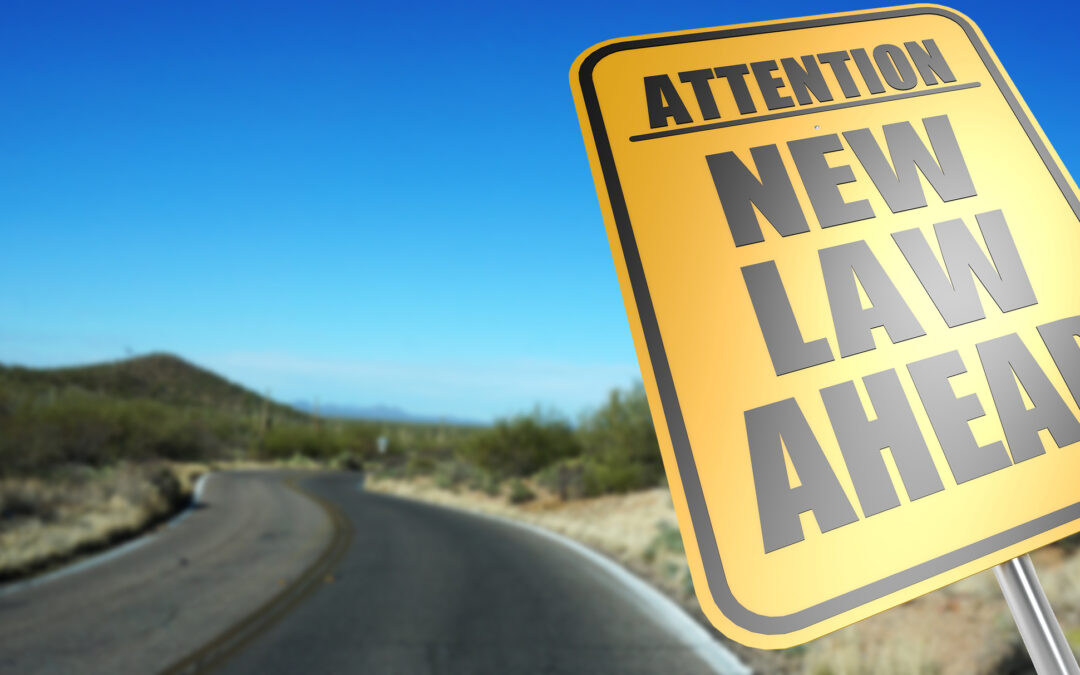 Another set of Oklahoma medical marijuana laws went into effect November 1st, said Tulsa medical marijuana attorney Stephen Cale.
Here’s a summary of some of the laws that go into effect November 1, 2021, under HB 2646. The following is for educational purposes only. It is not legal advice and does not form an attorney-client relationship. You can read the full text of the new law here: HB 2646 (2021).

You Can Keep What You Grow

A provision of HB 2646 allows Oklahoma medical marijuana patients to keep the marijuana that they grow. Ever since SQ 788 legalized marijuana, license patients have been able to possess six “seedling” plants and “mature” plants. However, there was no specific provision that said that patients could keep the harvested marijuana.

Now, patients will be able to possess up to six “mature” marijuana plants, “and the harvested marijuana therefrom.”

In the normal world, it’s implied that you can keep what you grow. But not so much in the legal world, said Tulsa medical marijuana attorney Stephen Cale. There’s a good reason for adding “and the harvested marijuana therefrom” to the law, and it all has to do with how statutes are interpreted, he said.

You Can Process It Too

SQ 788 legalized the manufacture, sale, distribution, and possession of any device used for consuming medical marijuana. HB 2646 adds devices used to process, not just consume, marijuana. So, now there’s no question of the legality of grinders, infusers, budder machines, hash and rosin presses, or other devices that process marijuana.

When it was going through the Legislative process, the text of HB2646 prohibited dispensaries from displaying unpackaged marijuana. And, the bill – in it’s unfinished form- intended to keep patients from smelling marijuana before buying it.

However, those prohibitions were eliminated in the bill’s final form and passage, Cale said. Under the new law, patients and caregivers may handle and  smell contained marijuana samples that are for display purposes only and won’t be sold.

Fee For Replacement Of Patient License

If I ever lose my patient license, I’ll be scrambling around like I’ve lost the TV remote control. Now the law will require a $20 fee to replace a patient license.

Look. Sniff. But No Touch

When it was going through the Legislative process, the text of HB2646 prohibited dispensaries from displaying unpackaged marijuana. The bill also intended to keep patients from smelling marijuana before buying it.

However, those prohibitions were eliminated in the bill’s final form and passage, Tulsa medical marijuana attorney Stephen Cale said.

Under the new law, dispensaries cannot:

But, the law provides for an exception to that general rule. Dispensaries can:

Prior to the passage of HB2646, only processors could legally make pre-rolls. That’s a costly hassle for dispensaries. That’s changing now.

Beginning November 1, 2021, dispensaries may package and sell pre-rolls to license patients and caregivers. There are some limitations to this new law though, said Oklahoma medical marijuana attorney Stephen Cale.

The pre-rolls made by the dispensary cannot:

Pre-rolls must be tested, packaged and labeled in accordance with state law and OMMA rules.

How to Measure 1,000 Feet to a School | Get Your Crows and Bees Out

Public and private preschool is no longer within the definition of a “school.” However, “school” does now specifically include middle and high schools.

Grow And Roll (Or Stuff) | You Can Make Pre-Rolls Too

The pre-rolls made by the grower cannot:

Also, pre-rolls must be tested, packaged and labeled in accordance with state law and OMMA rules.

The Oklahoma Medical Marijuana Authority (OMMA) now may issue two types of medical marijuana processor licenses “based on the level of risk posed by the type of processing conducted”: nonhazardous and hazardous.

The new law does not define what it means by nonhazardous of hazardous. However, OMMA emergency rules that went into effect Nov. 1, 2021, define “hazardous processor license” as “a license issued to a medical marijuana processor that performs an extraction method that utilizes chemicals considered hazardous by the” Occupational Safety and Health Administration (OSHA).

No Need For A New Certificate of Compliance| Exceptions

Commercial licensees seeking to renew their licenses had to get another Certificate of Compliance. But that changes with HB2646.

Beginning Nov. 1, 2021, once a commercial license has submitted the certificate to the OMMA showing full compliance specified codes/ordinances, no additional certificate shall be required for license renewal unless;

1) a change of use or occupancy occurs; or

2) there is any change concerning the facility or location that would, by law, require additional inspection, licensure or permitting by the state or municipality.

Inventory tracking must now also include “any testing samples” of medical marijuana.

The OMMA | They Can Require More Information

The regulations may require medical marijuana businesses to submit certain information to the OMMA, including, but not limited to:

c. the number and type of lights at the licensed medical marijuana commercial grower business,

d. the number, type and production capacity of equipment located at the medical marijuana processing facility,

e. the names, addresses and telephone numbers of employees or agents of a medical marijuana business,

f. employment manuals and standard operating procedures for the medical marijuana business, and

g. any other information as the OMMA reasonably deems necessary.

This part of the new law stems from product recall and failed testing instances. It puts teeth into what the Oklahoma Medical Marijuana Authority (OMMA) may do to ensure that medical marijuana is safe for the consumer. There are two instances in which OMMA may compel quality assurance lab testing.

When There May Be A Problem With Marijuana or Marijuana Product

If the OMMA has reason to believe that marijuana or marijuana product may not be safe for patient inhalation or consumption in accordance with law and regulations, then the OMMA may:

Require a medical marijuana business to submit a sample or unit of marijuana to the OMMA’s quality assurance laboratory.

The new law requires that the business that is being compelled to submit a sample or unit do so at it’s own expense. However, it will NOT be responsible for the cost of testing itself.

Periodic Testing | Even If There’s Not A Problem

And, under the new law, the OMMA can compel quality assurance testing even if it doesn’t suspect unsafe marijuana and marijuana products, said Oklahoma medical marijuana attorney Stephen Cale.

It used to be that OMMA had to give a licensed marijuana business at least a 24-hour notice of an on-site inspection. HB2646 has done away with this. Also gone is the right for a business to be afforded sufficient time to secure legal representation during questioning by an OMMA inspector.

Unless the OMMA determines otherwise, an application that has been resubmitted but is still incomplete or contains errors that are not clerical or typographical in nature shall be denied.

The fee for a transporter agent license goes down from $100 to $25.

Renewals | What Happens If You Don’t Renew In Time

Beginning Nov. 1st, a marijuana business that attempts to renew its license after the license has expired must pay a late renewal fee to reinstate the license. The new law leaves it up to the OMMA what the late fee will be.

Tulsa medical marijuana attorney Stephen Cale is the founder of Cale Law Office, located in Tulsa, Oklahoma. He has been serving people with legal needs for more than 22 years.

Medical marijuana attorney Stephen Cale works with a number of marijuana-related organizations. He is a Legal Committee member of the National Organization for the Reform of Marijuana Laws (NORML). Additionally, he serves on the board of Green Country NORML, a Tulsa chapter of NORML. He also serves as a board member for, and is on the Standard Operating Procedures steering committee for, OK4U Approved, a medical marijuana patient union and trade organization.