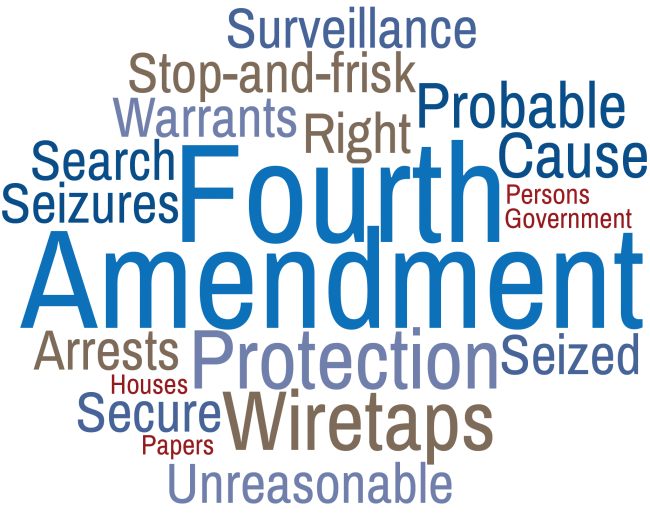 Ordinarily, law enforcement officers need a warrant to search you or your property. There are some exceptions to the warrant requirement. One exception is when a person consents to the search. So, if your totally innocent, or have nothing to hide, why should you refuse to consent to a search? Here’s Reason No. 2 in this five-part series Five Reasons to Refuse Consent to Search – Even If You Have Nothing to Hide. This is for educational purposes, and not legal advice. Are you looking for the best criminal attorney to offer? Call the Cale law office at 918-277-4800 free initial consultation with attorney Stephen Cale. Attorney Cale’s been practicing for 20 years. Plus, he focuses his practice on criminal defense.

As the officer’s rummaging through your car, he finds a marijuana pipe underneath the front passenger seat where your friend was sitting. Now you’ve got a problem. The officer decides to arrest both of you for joint possession of drug paraphernalia. You won’t be able to contest the search of the contraband because you consented to the search of your vehicle. This makes it harder – if not impossible – to argue that the search was illegal, the evidence of the pipe should be thrown out, and the case should be dismissed.

Now, of course, your attorney will be able to argue that you had no knowledge of the drug pipe. One of my client’s had a marijuana possession charge. She was a passenger in her friend’s car. Unknown to her, there was a marijuana-packed cigarillo in the passenger door compartment. It took a lot of work, but I was able to get the case dismissed. Things would have been better had there been no search of her friend’s car. In fact, my client might not have been arrested without a search. Are you looking for the best criminal attorney to offer? Call the Cale law office at 918-277-4800 free initial consultation with attorney Stephen Cale. Attorney Cale’s been practicing for 20 years. Plus, he focuses his practice on criminal defense. That means he has the right kind of experience.

Things like this actually do happen. Friends or acquaintances will leave or hide illegal substances in a car, a room, or bag, for example, without you even knowing it. You thought you didn’t have anything illegal, but it turns out you did. Again, while in some instances there may be a way to successfully fight the charge or even get an acquittal at a jury trial, your consent has made it all the harder for that to happen.

So, what should you say if an officer wants to search your person, car, house, apartment or any other property? That’s easy: “No, officer. I do not consent to a search, and I want a lawyer.” The first part of your statement tells the officer in plain, simple terms that you do not consent. Don’t say things like “I don’t think that’s a good idea,” or “You don’t need to do that.” The second part – that you want a lawyer – is powerful. The reason for this is that when you say that you want a lawyer, police must stop questioning you.

Can An Officer Force You To Consent To A Search?

To be valid, a consent to a search must be voluntary. The Fourth and Fourteenth Amendments to the U.S. Constitution require that a consent not be coerced, by explicit or implicit means, or by implied threat or covert force. In determining whether a person voluntarily consented, courts look at the “totality of the circumstances.” That means that the court will look at all relevant facts concerning the search, rather than just one factor. Although officers are not required to advise a person that he or she has a right to refuse consent to search, this is one factor considered in the totality of circumstances. However, police tactics are coercive when they imply an individual has no right to refuse consent to search.

Examples of When Consent Was Deemed Involuntary

So, remember, consent must be voluntary to be valid. Here are some examples where court have found that consent was not voluntary:

This same principle applies when deceit or trickery is used to imply an individual has no ability to refuse consent.

Not all deceit and trickery is improper. For example, “an undercover agent may gain entry to a person’s home by deception and purchase narcotics with no violation of the fourth amendment.” Pleasant v. Lovell, 876 F.2d 787, 802 (10th Cir.1989) . But when the police misrepresentation is so extreme that it deprives a person of the ability to make a fair assessment of the need to surrender his privacy, the consent should not be considered valid.

When looking for the best criminal defense attorney Tulsa has to offer, call the Cale Law Office at 918-277-4800. Schedule your free initial consultation with attorney Stephen Cale. Attorney Stephen Cale has experience attacking invalid searches. In some instances, it can result in getting a charge dismissed.