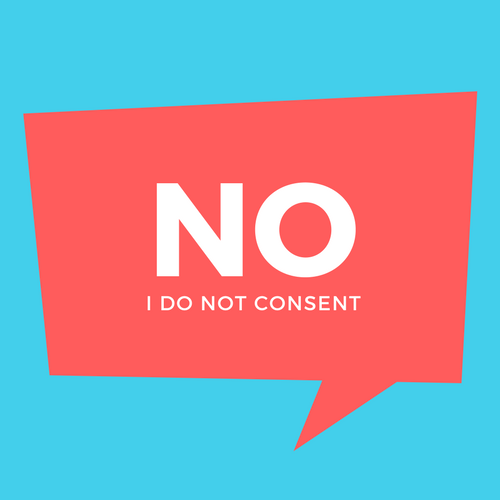 The Fourth Amendment to the U.S. Constitution prohibits unreasonable searches and seizures. Generally speaking, police must have a warrant before conducting a search. However, there are six instances where a warrant is not required. You can read my article on the exceptions to a search warrant requirement here. One of those instances is when a person consents to the search.Tulsa criminal defense attorney Stephen Cale says that you should never consent to a search of your person, home, boat, vehicle, or any of your property.

If an officer asks whether it’s okay if he searches you or your property, tell the officer that it’s not and that you do not consent to search. Make it that simple: “No, officer. I do not consent.” You don’t even have to explain why you don’t consent. Be firm but polite when declining the officer’s request.

Now, you might ask, “but what if I haven’t done anything wrong? Do I still need to refuse consent?” The answer, in my opinion, is “yes.” Here’s Part One of my five reasons you should never consent to a search. The following is for educational purposes and not legal advice.

Reason 1: Refusing Consent Can Help You If You End Up In Court

In 1973, the U. S. Supreme Court held that police may conduct a valid warrantless search if they have a voluntary consent to do so. This means that your valid consent will make the search legal. Now, the scope of the search can be limited by the scope of the consent. In other words, you can consent to a search of only a particular area.

Refusing consent can help you if you end up in court. Take this scenario. You’re driving down the highway and get pulled over for speeding. While talking to you, the officer asks if he can search your car. You refuse consent, but he tells you to get out your car and he searches it anyway. Under the front seat, he finds a marijuana pipe and arrests you for possession of a controlled substance and drug paraphernalia. The drugs and the pipe aren’t even yours, and you had no idea that they were there. But you remember: you let your friend drive your car the night before. Those things are his!

So, now you’ve been arrested, booked into jail, had to pay money to bond out, you’ve been charged with a crime even though you’re innocent, and your spending money for an attorney. This is the last thing that you needed. The drugs and paraphernalia really were not yours, but now you have this major interruption in your life.

But, you have excellent representation because you call the Cale Law Office at 918-277-4800 and schedule a free initial consultation with Tulsa criminal defense attorney Stephen Cale. Attorney Cale has nearly 20 years of experience as an attorney. And, he focuses his practice on criminal defense. So, that means he has the RIGHT kind of experience.

Attorney Cale files a motion to suppress (throw out) the evidence obtained as a result of the illegal search. Through witness testimony and a police body cam video, it’s clear that you refused consent and the officer made an unlawful search. Now the evidence can be thrown out in the charge dismissed. And it’s all because you asserted your rights and refused to consent to the search.

Most people anticipate that law enforcement officers will do the right thing and will not overstep their legal bounds. But the truth of the matter is sometimes officers don’t do the right thing. They will intentionally or neglectfully make an unlawful search and seizure. It happens frequently and it could happen to you. All the more reason for you to refuse consent.

The U. S. Supreme Court held that an officer’s false announcement that she had a warrant negated the possibility of consent. Here’s a summary of the facts. The defendant lived with his grandmother. Two days after an alleged rape, four law enforcement officers went to the defendant’s house. The grandmother answered the door. One of the officers announced, “I have a search warrant to search your house. The grandmother responded, “Go ahead,” and opened the door. Officers found a rifle in the kitchen.

The rifle was later introduced into evidence at the defendant’s trial after a motion to suppress had been denied by the trial court. At the hearing on the motion to suppress, the prosecutor argued that the officers did not rely on a warrant to justify the search, but instead upon the consent of the grandmother.

The issue presented to the Supreme Court was whether a search is lawful on the basis of consent when that consent has been given only after the law enforcement officer conducting the search has asserted that he possesses a warrant. The U. S. Supreme Court held that there can be no consent under such circumstances.

When the prosecutor seeks to rely upon consent to justify the lawfulness of a search, he has the burden of proving that the consent was freely and voluntarily given. This burden cannot be upheld by showing mere acquiescence (given in) to a claim of lawful authority. Also, a search conducted in reliance upon a warrant cannot later be justified on the basis of consent if it turns out that the warrant was invalid. The high court said that the result can be no different when it turns out that the prosecution does not even attempt to rely upon the validity of the warrant or fails to show that there was, in fact, any warrant at all.

The court went on to say that when a law enforcement officer claims authority to search a home under a warrant, he announces, in effect, that the occupant has no right to resist the search. The situation amounts to coercion. Consequently, where there is coercion, there cannot be voluntary consent.

If you’ve been charged with a crime, call Tulsa criminal defense attorney Stephen Cale at 918-277-4800. Your initial consultation with the Cale Law Office is free.