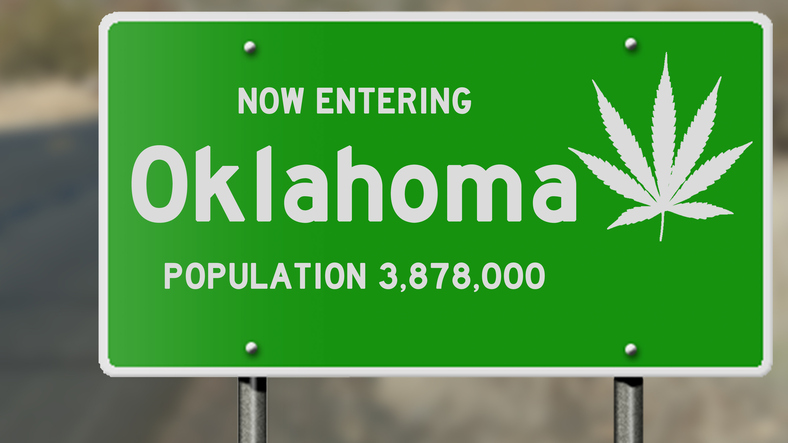 “Selling marijuana is a criminal offense, punishable by imprisonment, everywhere in the United States. The dispositive question in the matter now before the court is whether the court should facilitate the plainly criminal activity in which plaintiff proposes to engage in the State of Oklahoma. The court declines to do so.”

The Progression of Oklahoma’s Residency Law

Oklahoma’s original medical marijuana program law found in SQ788 passed on June 26, 2018. It had an Oklahoma residency requirement whereby at least 75 percent of the owners of the marijuana business must be Oklahoma residents.. However, it did not specify how long someone had to live in Oklahoma to be considered a resident, Cale said.

The Plaintiff in the lawsuit was Original Investments, LLC. It does business as Dank’s Wonder Emporium. Original Investments wanted the federal court to block enforcement of Oklahoma’s residency law. It argued that the law violated the dormant Commerce Clause of the United States Constitution because it discriminates against non-residents.

However, the State of Oklahoma argued that even though its medical marijuana law permits licensed businesses to grow, process, sell, and distribute marijuana, those activities are illegal under federal law. Consequently, the State argued, the federal court should not overturn a state law that allows conduct that is federally illegal. The federal court agreed.

In 2019, a group of Oklahoma marijuana businesses who got their licenses before the 2-year / 5-year residency requirement sued the State over the newly passed residency law. The 2019 law failed to grandfather in businesses that had already received their medical marijuana licenses the year before.

The parties reached a settlement in that lawsuit whereby the State agreed not to enforce the residency rule for businesses that applied for, or received, their commercial medical marijuana license before Aug. 30, 2019.

Other Marijuana States Have Ditched Their Residency Requirements

Other states that have legalized marijuana started out with residency requirements for marijuana businesses. But some are now eliminating that requirement, said Tulsa medical marijuana attorney Stephen Cale.

RELATED: MJBizDaily: “Have cannabis residency requirements worn out their welcome?”

Tulsa medical marijuana attorney Stephen Cale is the founder of Cale Law Office, located in Tulsa, Oklahoma. He has been serving people with legal needs for more than 22 years.