Doing THIS May Boost Your Chances Of Beating Your Drug Charge 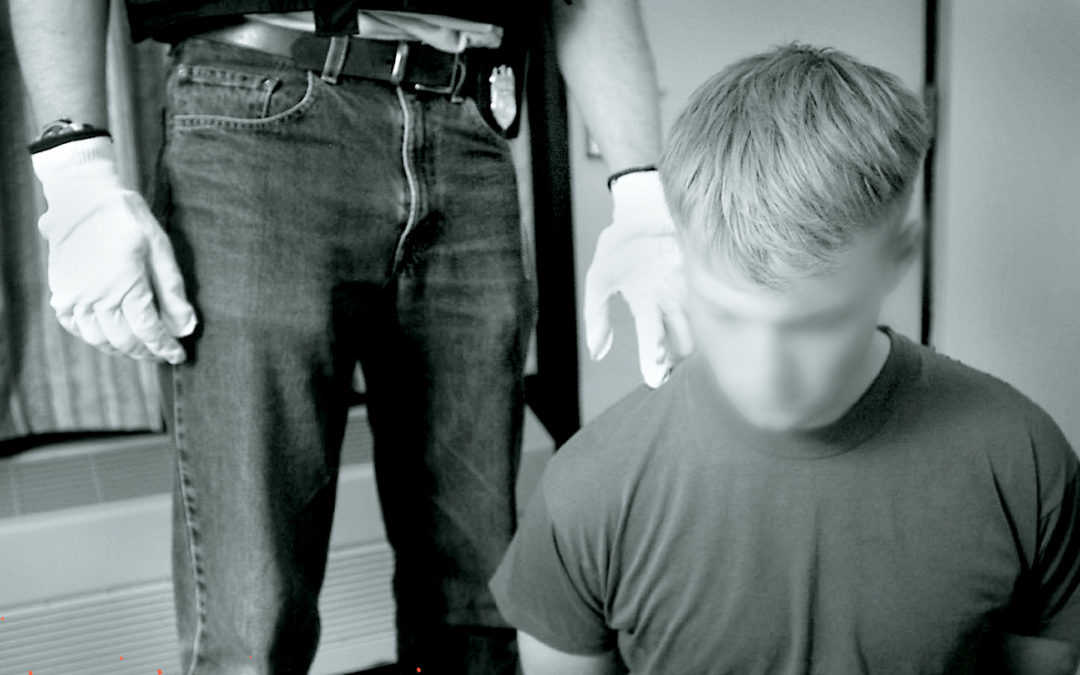 Doing THIS May Boost Your Chances Of Beating Your Drug Charge

Drug charges are one of the most common cases I handle at the Cale Law Office. So, can you beat your drug charge? Beating a drug charge depends on a lot of factors. Did the police conduct an illegal search? Did law enforcement make an illegal arrest? Was your “confession” coerced? Were you Mirandized? Did the prosecutor properly file the charge? Were you even aware of the drugs? Did you hire the best criminal defense attorney Tulsa has?

Increasing Your Chances Of Beating A Drug Charge

So, how might you increase your chances of beating a drug charge? The answer is simple. Hire a skilled and experienced criminal defense attorney. Tulsa has an attorney who dedicates his practice to criminal defense. Attorney Stephen Cale has been practicing for nearly 20 years and represents people fighting criminal charges. Check out the testimonials from his satisfied clients. Or, to schedule your free initial consultation, call 918-277-4800.

Here’s an example of how I got a marijuana possession case dismissed. Two friends were in a car, coming back from a party just after midnight on New Year’s Day. An Oklahoma Highway Patrol trooper was in the median of U. S. Highway 75 and pulled their car over for speeding. When the driver rolled down his car window, the trooper could smell marijuana on the driver’s breath. The trooper told the driver to get out the car, which he did.

My client was sitting in the front passenger side. When she got out the car as directed by the trooper, a cigarillo package containing a marijuana blunt fell from a passenger door compartment onto the ground. She immediately picked it up and put it back in the car. The trooper arrested BOTH of them with possession of a controlled dangerous substance – marijuana.

Now, here’s where having an attorney focused on criminal defense really helped. Experienced criminal defense attorneys know that criminal laws are broken down into parts. In order for the state to convict someone of a particular charge, the prosecutor must prove each and every element of that criminal offense. Here’s a jury instruction breaking down a drug possession law into parts. It reads: “No person may be convicted of possession of a controlled dangerous substance unless the State has proved beyond a reasonable doubt each element of the crime. These elements are:

First, knowing and intentional;
Second, possession;
Third, of the controlled dangerous substance of [Name of Substance].

Now, remember, unless a defendant pleads guilty, the prosecutor can’t win unless he proves each and every element beyond a reasonable doubt. So, a prosecutor’s failure to prove just one element means that the charge implodes. That’s important. And, knowing the elements of a drug possession offense was a big plus in getting this charge dismissed. Why? Because I had evidence that my client did not know that the marijuana was there. In order to be guilty of drug possession, a person must knowingly possess – the first element of the possession offense.

I also knew that, in order for the prosecution to be successful, it had to establish the element of “knowing and intentional” possession in accordance with the guidelines set out by the Oklahoma Court of Criminal Appeals in Staples v. State. Part of what that case says is “proof amounting only to a strong suspicion or mere probability is insufficient.”

You see, the best criminal defense attorney Tulsa has to offer will stay abreast of case law. The more focused and attorney is in a practice area, the more knowledgeable he is likely to be in that area. For example, an attorney who focuses on criminal defense is likely to know more about criminal law than someone who also practices family law, personal injury and property law. Focus matters.

Getting back to the success example, the prosecution offered my client probation if she would plead guilty. My client refused the offer. So, we were going to take it to trial. While gearing up for trial, I provided the DA’s office with evidence that my client did not know that the marijuana was in the door compartment. In the end, the prosecutor backed off and dismissed the charge.

If we had gone to jury trial, I still think we would’ve won. But, it would cost the client more money and a lot more stress. Pass successes don’t mean that you’ll get the same result in your case because each case differs. However, you’re much better off hiring a Tulsa criminal defense attorney. If you’re looking for the best criminal defense attorney Tulsa has to offer, give the Cale Law Office a call at 918-277-4800.

There is an assortment of drug crimes set out in state statutes. Some include:
• Drug possession
• Drug manufacturing
• Endeavoring to manufacture drugs
• Possession of drug paraphernalia
• Drug distribution
• Possession with intent to distribute drugs
• Cultivation
• Trafficking in drugs
• Maintaining a place where drugs are sold
• Obtaining money through drug proceeds

A Couple Of Possible Defense Strategies

Depending on the facts of your case, there may be any number of strategies and defenses for you. Here are just a couple of potential defense strategies:

Motion to Quash/Demurrer: A motion to quash asks the court to render something invalid. This is sometimes referred to as a demurrer. For example, I filed a motion to quash an Obstructing an Officer charge against one of my clients. I argued that the United States Constitution protected my client’s conduct, and therefore, the charge was invalid. The judge agreed and dismissed the charge.

Motion to Suppress Evidence: A motion to suppress evidence is a request by a defendant that the judge exclude (i.e., throw out) certain evidence. This type of motion typically questions the validity of a search and seizure or an arrest. If the judge grants the motion, the prosecution often has to dismiss the charge for lack of sufficient evidence

Call For An Attorney Focused On Criminal Defense

Have you or someone you know been charged with a drug crime? Are you looking for the best criminal defense attorney Tulsa has to offer? Call the Cale Law Office at 918-277-4800 and schedule your free initial consultation with attorney Stephen Cale.