Doing This LITTLE Thing May Keep You Out Of BIG Trouble 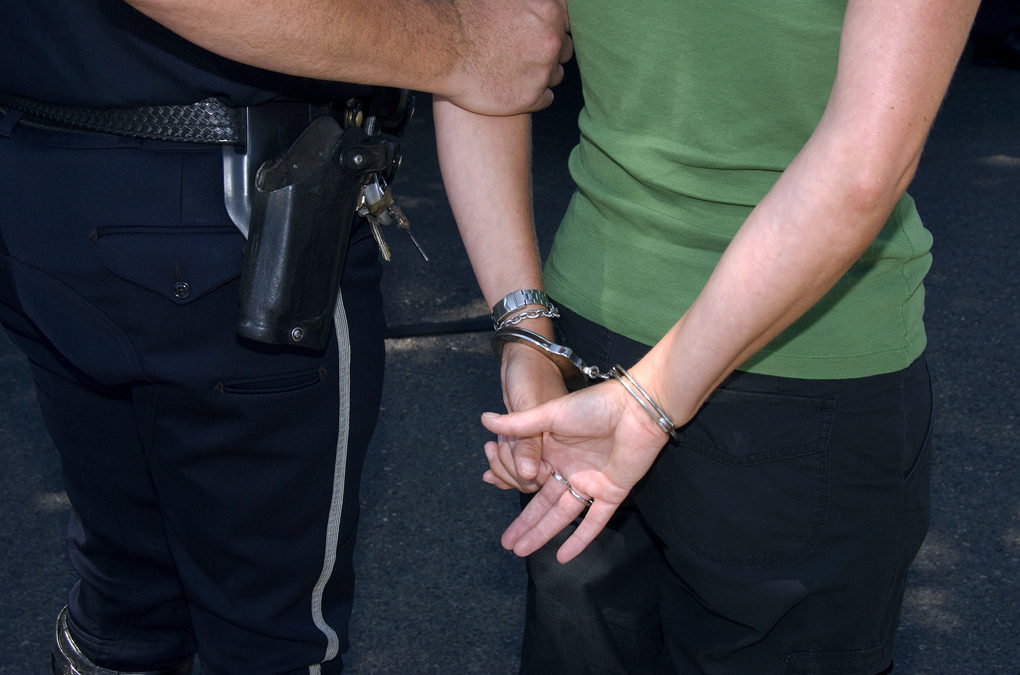 Doing This Little Thing May Keep You Out Of Big Trouble

In my nearly two decades of law practice, I’ve noticed something that a lot of my cases have in common. They start out as small, simple infractions. But, like a racehorse bursting from its chute, they jettison into a bigger, more serious problem. If these clients had done just this one simple, little thing, they could have avoided arrest and facing charges. The solution is so simple. Even the best criminal defense attorney Tulsa has to offer should give you this simple tip. If you’ve been charged with a crime, you can schedule your free initial consultation with the Cale Law Office at 918-277-4800. But I’m going to give you the simple solution now.

A large number of my cases start with a simple traffic stop. In those instances, if it weren’t for the traffic stop, my clients never would have encountered police. And because they would never have encountered police, they wouldn’t have been arrested and charged with a more serious crime. So, one of the easiest ways to stay out of big trouble is to obey traffic laws. Does that sound like a no-brainer? Too simplistic? Tyrannical? Let me explain why it is so important and how it can keep you out of big trouble.

The Fourth Amendment to the U.S. Constitution protects citizens from “unreasonable searches and seizures” conducted by either state or federal government officials. The U.S. Supreme Court has recognized three types of police-citizen encounters:

But these categories aren’t static. They can escalate from one to another. And that’s where a traffic stop comes into play.

A traffic stop is justified at its inception if an officer has a “reasonable articulable suspicion” that a particular motorist has violated any of the traffic regulations of the jurisdiction. So, suppose that a city ordinance requires that you activate your turn signal when changing lanes. An officer is following behind you and thinks that you could be a drug dealer. It’s just a thought but he has no factual basis to believe that your drug dealer. You change lanes without signaling. Now, the officer can lawfully stop you because of that minor traffic violation – even if his drug dealer hunch is wrong.

Now you’ve created a situation where the officer can momentarily intrude on you. So why is this a problem if you just forgot to signal? Because that minor infraction could turn into something bigger. Courts have held that the traffic stop “may be expanded beyond its original purpose if during the initial stop the detaining officer acquires reasonable suspicion of criminal activity.” If you had just obeyed the traffic law, you would have avoided the officer’s intrusion.

If the officer detects an odor of marijuana coming from your vehicle, he can order you and your passengers out the car and search it. Maybe there is a drug dog with the officer or one nearby. That officer deploys his dog to sniff the outside of your car. This is perfectly legal in almost all situations. If you have drugs or other contraband in your car, a simple traffic infraction has now turned into something far more serious. If you had just obeyed the traffic law, you wouldn’t be worried about going to jail.

But what if the officer doesn’t smell marijuana. Or, what if there is no drug dog. An officer might ask you if he can search your car. If you voluntarily consent to the search, then the search is valid. Perhaps in your nervousness or feelings of intimidation, you make an admission to some larger crime – like being high while driving, or being involved in a hit and run. You’re now looking at being arrested – and it started with a minor traffic violation.

Police are trained to be deceptive. They can be so deceptive, that they can coax a false admission out of you. See my articles Police Trickery: The False Evidence Ploy | How It Hurts the Innocent And Impacts A Jury and The Psychology of False Confessions.

There’s also a little trick that police use after they tell you that you’re just getting a minor ticket or a warning. It’s sometimes referred to as a two-step. It involves what’s called a consensual encounter. A consensual encounter is a voluntary cooperation with law enforcement in response to non-coercive questioning. It occurs when a person is not in police custody. Because the person is not in custody, the police do not have to read Miranda rights (“You have the right to remain silent. Anything you say can and will be used against you in a court of law” etc.). Here’s an example of what that situation might look like:

Trooper: Okay, sir. Here’s your driver’s license and insurance verification back. And here’s your warning.

Driver (sitting in the front passenger seat of the patrol car): Alright. Thank you.

Trooper: You’re welcome. Have a safe one. … Oh, can I ask you a question?

Trooper: Do you have anything illegal in your car? Weed? Drugs? Anything like that?

Driver: No. You can search if you want.

This type of interaction happens all of the time. By the way, the best criminal defense attorney Tulsa has will tell you to never talk to police. Talking to the police cannot help you. It will only hurt you. See my article on the Top 10 Reasons Not To Talk To Police.

Can You Beat A Big Charge After A Little Traffic Stop?

Even if your minor traffic violation has turned into a more serious charge, there may still be hope. Look for the best criminal defense attorney Tulsa has to offer. Call the Cale Law Office at 918-277-4800 to schedule your free initial consultation with attorney Stephen Cale. Attorney Cale has been practicing for nearly two decades and focuses his practice on criminal defense. Clients give him high reviews you can see their testimonials at CaleLawOffice.com/testimonials.

There might be defenses to the minor traffic violation and the more serious charge. Here are some examples of defense strategies that Attorney Stephen Cale might explore:

Whether or not you have a legal reason to get your case dismissed will depend a lot on the facts of your case. But you need a skilled attorney dedicated to criminal defense. Look for the best criminal defense attorney Tulsa has to offer. Give attorney Stephen Cale a call at 918-277-4800, and schedule your free initial consultation.